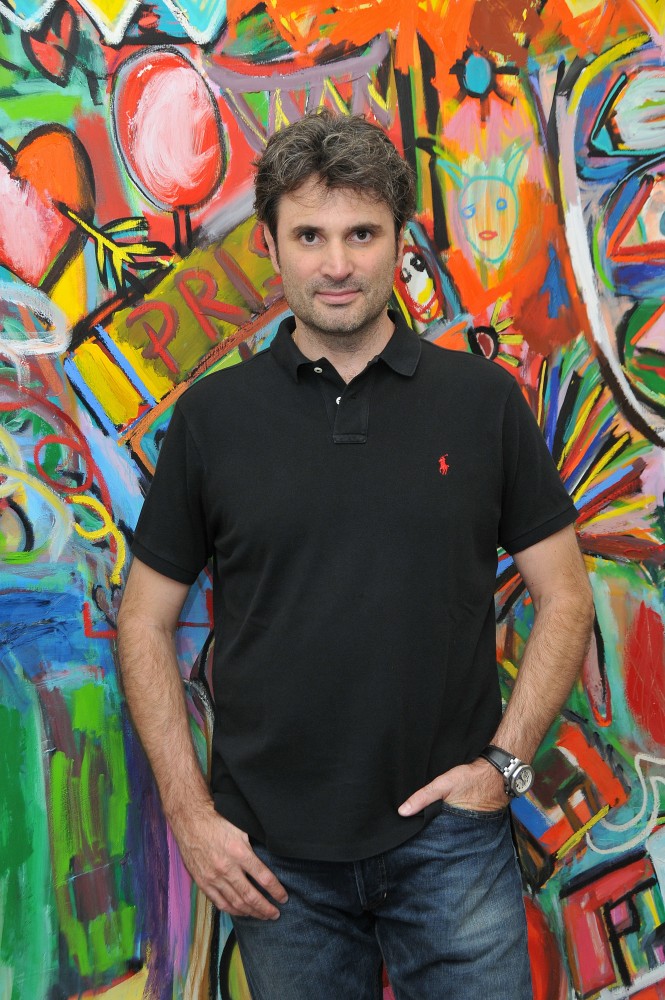 Habib Fadel
A traveller artist
Born in Lebanon in 1968, Habib Fadel spent most of his childhood and adolescence in boarding school in France and Switzerland to escape the war. Back to Lebanon in 1987, he graduated from Beirut University College (BUC) with a BA in Business Management.

After a few months working in the family business, he realized that his passion laid somewhere else. It was the vast world of art that captivated him. Driven by his passion for opera, Habib Fadel studied singing in Beirut, Paris and Milano.He also moved to Los Angeles to study filmmaking in 1998. He produced a TV series for the arab world and a few nominated short films in the US.

A health accident to his hands occurred while writing his script. Habib started painting to recover from his illness and took a few classes in drawing and painting at UCLA.
In 2003 he returned to Lebanon to set up his workshop in Beirut and in 2012, Habib held his first solo exhibition War, school and faces at Alice Mogabgab Gallery in Beirut. The exhibition showcased 25 of his most recent paintings.

In 2013 Habib Fadel had another solo exhibition “Visages et regards” in Paris at Galerie Loegenhoek and also participated in few Art fairs such as Art Paris.

On September 2, 2017, his son Tao was born, and the joy of being a father made him do paintings, 19 of which were presented in February 2019 at TAO exhibition at Le Gray Hotel in Beirut in collaboration with Samia Mehdi Gallery. These paintings, which represent "hope, the projection of all possibilities and an optimistic view of life... it vibrates and it resonates in these narrow frames on the face of Tao. Strong light springs from even the darkest tones of the palette" as Charles Mardini writes so well.
Twitter - Facebook